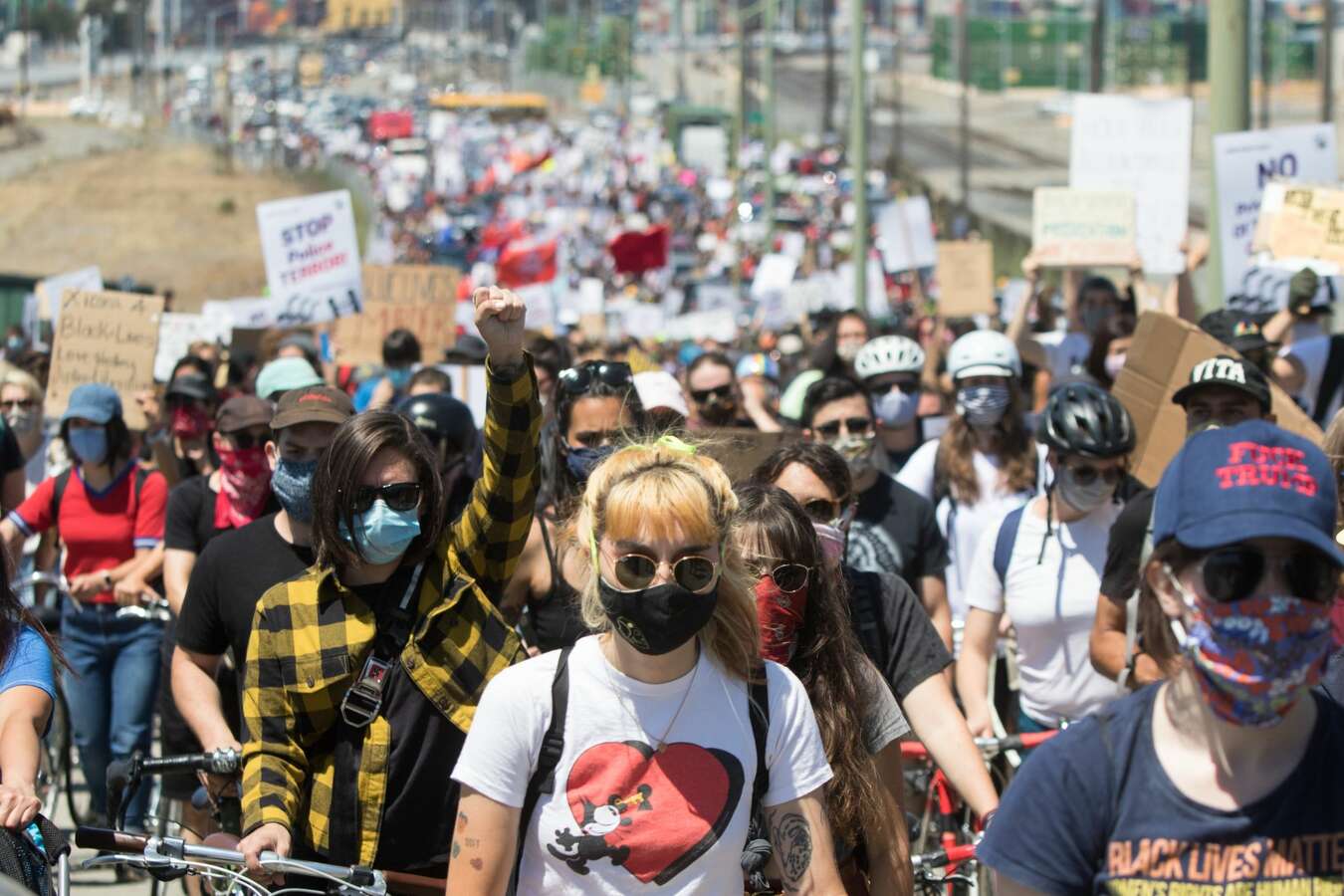 Standing before a crowd of thousands on the makeshift stage of a red truck, William Adams thought of the song that gave him inspiration as he prepared for the Port of Oakland's monumental shutdown on Friday morning.

It was Bob Marley's "Get Up, Stand Up," and the president of the International Longshore and Warehouse Union told the crowd that was what they needed to do - to take action with no apologies.

“When we march, let’s remember George Floyd,” said Adams. “He paid the ultimate price with his life. So we must continue this movement. Because the eyes of the world are on you today here in Oakland. The whole world is watching. It’s not what we say, it’s what we do.”

Representing all maritime ports on the West Coast, the historic strike in solidarity with the Black Lives Matter movement marked the first time an international union had staged a labor stoppage on Juneteenth, a day that commemorates the emancipation of slavery in the United States. As they marched against police brutality in the wake of the deaths of George Floyd, Breonna Taylor and many others, the union also protested the privatization of the port that would allow a new stadium for the Oakland A’s to be built there.

Coron, a union member marching with the ILWU Local 10, argued that the new stadium would cause hundreds of port workers — many of them Black, working-class residents — to lose their jobs, and consequently push them out of Oakland.

“We’re against police brutality and we’re against the authorities oppressing minorities. It’s all interconnected,” he said. “Black liberation is the number one priority in America. If we get that taken care of, everything else will fall into place.”