On July 20th, the Oakland City Council will meet to discuss the A's proposed Howard Terminal development and dive into the details of the A’s Term Sheet.

At this meeting, the City Council will take a non-binding vote on a development term sheet with the A's. The A's have pressured the City Council into taking this vote before the Final EIR, Seaport Compatibility Measures, Economic Impact Report, full transportation plan, and more have been completed, leaving the City Council without the information they desperately need to take such an impactful vote.

We hope you will join the East Oakland Stadium Alliance at this upcoming meeting and demand an independent economic analysis of the proposed project and that no taxpayer dollars go to fund the A’s stadium and luxury development.

Before the meeting, send an email to the City Council urging them to say NO to public dollars for this private project: https://tinyurl.com/a86nwfht

And share this flyer with your network to encourage attendance at the July 20th meeting: 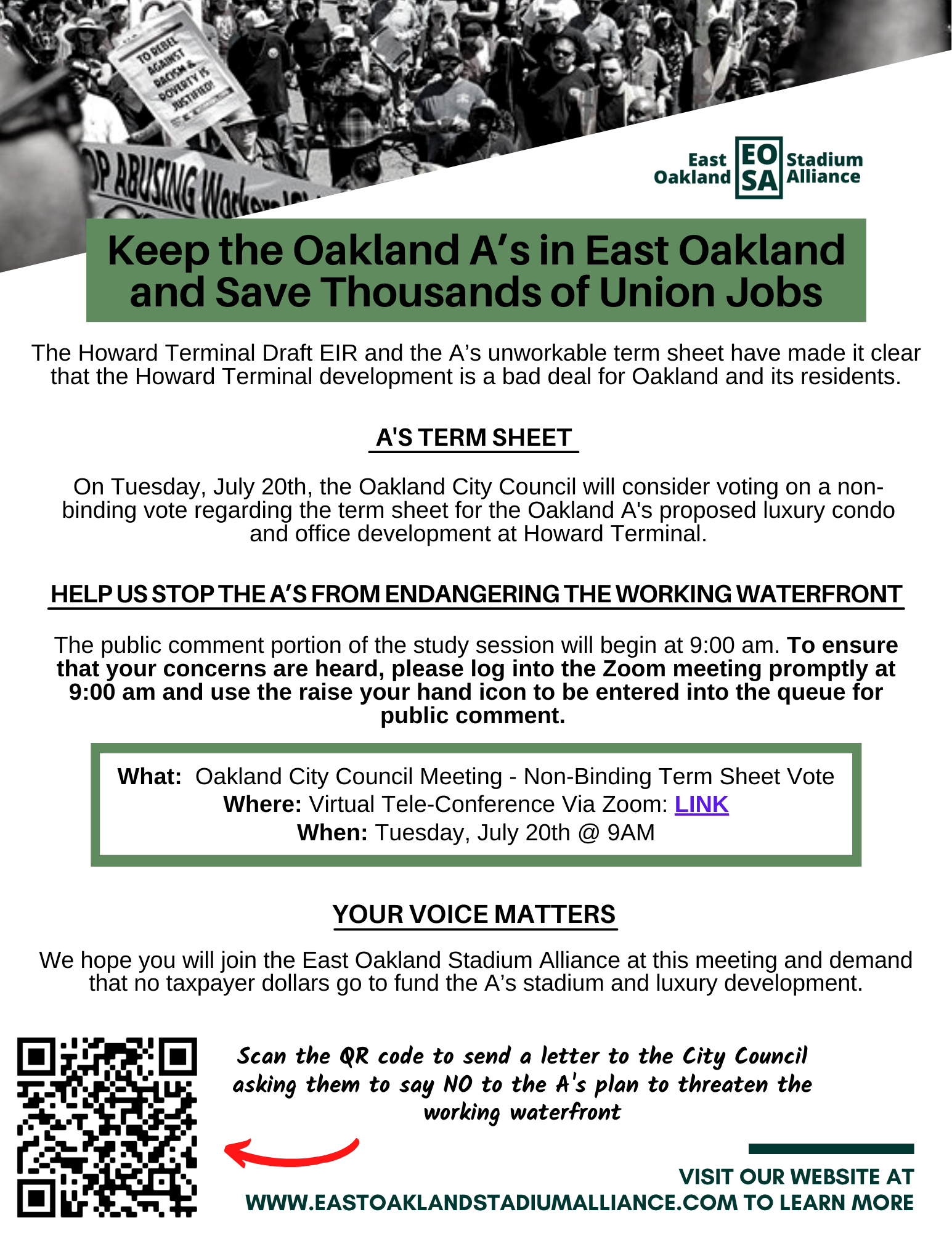