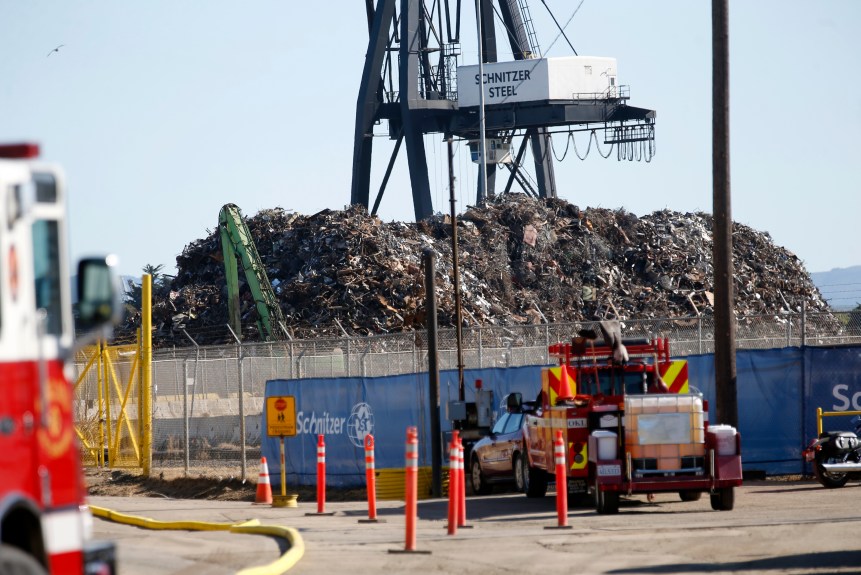 The state attorney general has filed a motion to dismiss a lawsuit by the Oakland A’s against the state agency overseeing Schnitzer Steel, a company that opposes the team’s plan for a new ballpark at the Howard Terminal.

The A’s filed the suit in August against the California Department of Toxic Substances Control (DTSC) for an alleged “failure to impose and enforce environmental law” against Schnitzer in West Oakland. The A’s lawsuit argues the state agency was negligent in overseeing Schnitzer.

The A’s want to build a new ballpark at the Howard Terminal, located near Jack London Square; Schnitzer opposes the ballpark plan and is part of a group that filed a suit against the project earlier this year.

On Friday, state Attorney General Xavier Becerra, representing DTSC, filed a motion to dismiss the lawsuit, arguing that it is without merit. The parties are expected to meet for a hearing in December, where Alameda County Superior Court Judge Paul D. Herbert could rule on the motion.

A letter was sent to the Oakland City Council and the mayor on Monday morning from Schnitzer Steel, informing them of the motion.

“As you know from previous correspondence, the A’s have been using this lawsuit as a means to publicly attack Schnitzer Steel and to undermine its regulatory compliance with the DTSC and other agencies,” reads the letter sent from Peter B. Saba, senior vice president and counsel for the steel company.