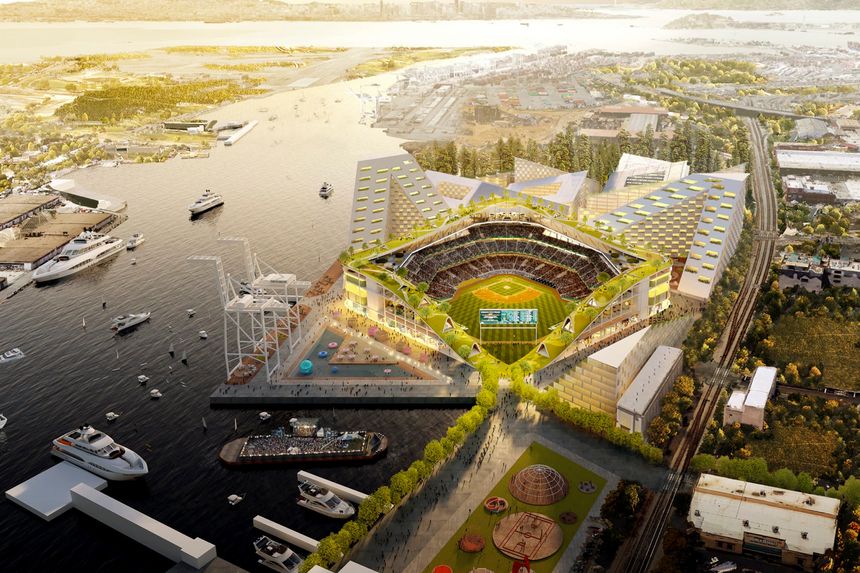 A coalition of shipping-industry groups, including port managers, trucking operators and the dockworkers’ union, is asking a California court to halt plans by the Oakland Athletics baseball team to build a stadium at the city’s port.

The groups filed suit late Friday against the A’s, the city of Oakland, the city council and the Port of Oakland on environmental grounds over a project aimed at providing the team a new venue that would keep it in the city. The stadium would replace the A’s 56-year-old home with what developers depict as a scenic site that includes housing, a hotel and retail shops on the Oakland waterfront.

The plans would put the stadium at the Port of Oakland’s Howard Terminal, pitting the team and supporters seeking to keep the A’s from moving against shipping groups that say the effort would undercut a major economic driver for the city and take valuable freight space from a port overburdened by the flood of container volumes hitting U.S. shores.

Union Pacific Corp. joined the opposition effort with its own separate suit against the project, the railroad said Monday, over what it said were safety concerns about mixing industrial operations with the traffic that the sports and mixed-use site would draw.

The A’s have been looking for years to move from the team’s cavernous, aging home, now called RingCentral Coliseum, and team officials have talked about taking the franchise elsewhere, including San Jose, Calif., and have recently been in talks with Las Vegas.