Public Financing for the A's Private Development at Howard Terminal

The A’s billionaire owner, John Fisher, is demanding the City of Oakland provide over a billion dollars in public funds for his private ballpark and luxury real estate development at Howard Terminal at the Port of Oakland. If approved, this project will drastically impact Oakland communities and draw resources from many other city and regional priorities. With so many challenges facing Oakland – including homelessness, affordable housing, and public safety – we should let Oaklanders vote on how critical public resources are spent.

While other developers are expected to pay their fair share, the A’s want to do the bare minimum for affordable housing, use public dollars to pay for community benefits, and spend over $900 million of public funds on infrastructure improvement to support their private real estate development project.

Now, City staff have brought forward resolutions authorizing the city administrator to redirect hundreds of millions of dollars in California State Transportation Agency (CalSTA) grant funds from the Port of Oakland to the City to use in support of the Oakland A's luxury real estate development at Howard Terminal.

Despite claims by City staff to the contrary, the City's plan to use these dollars for the A's development is evident by the number of projects they intend to fund with this grant that exclusively serve bike, pedestrian, and visitor access to Howard Terminal--infrastructure that is only necessary if the entertainment complex is developed there. These funds are intended to benefit the Port of Oakland's supply chain, safety, and critical infrastructure needs – not just a billionaire's private real estate development.

More information on public funding for the A's proposed development 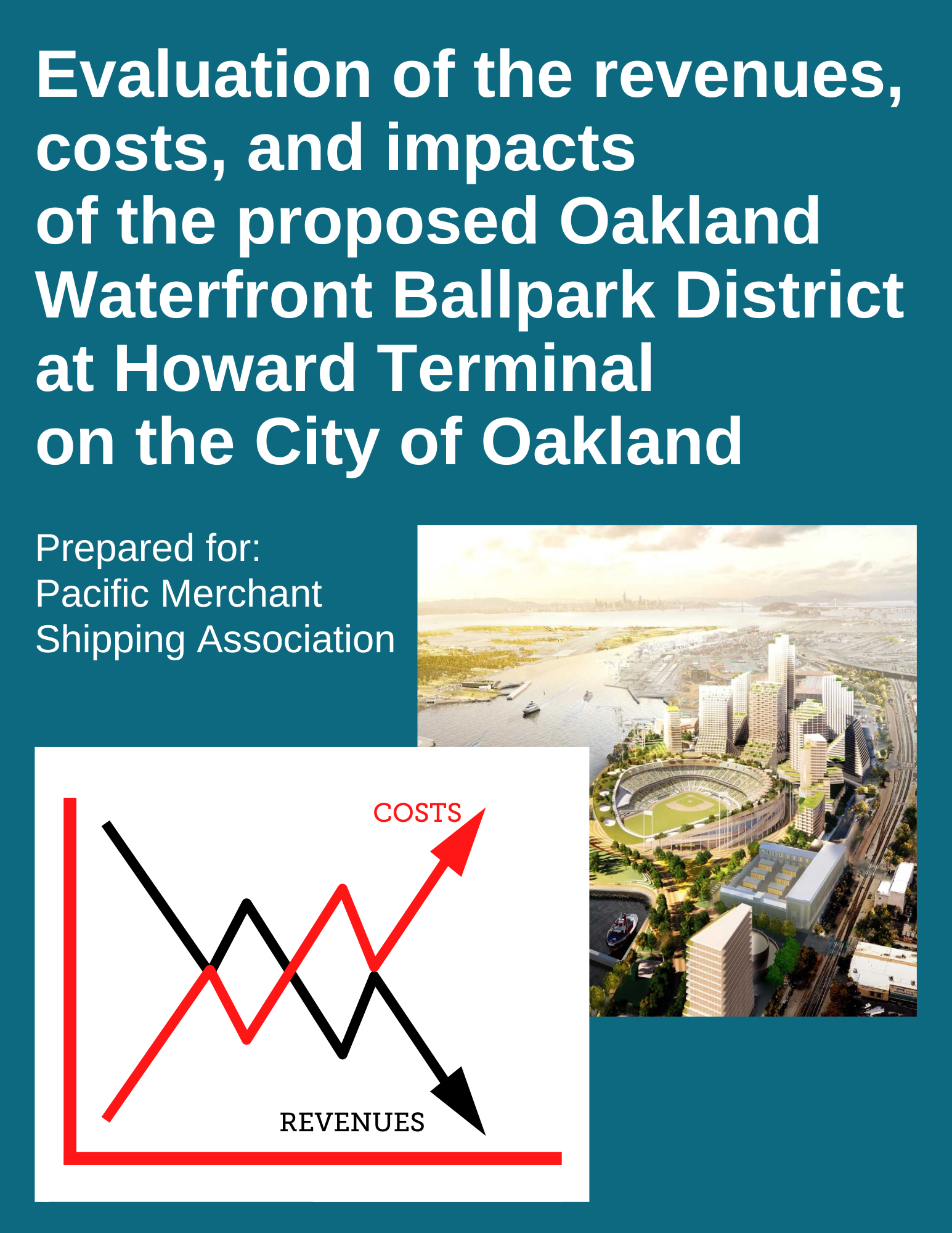 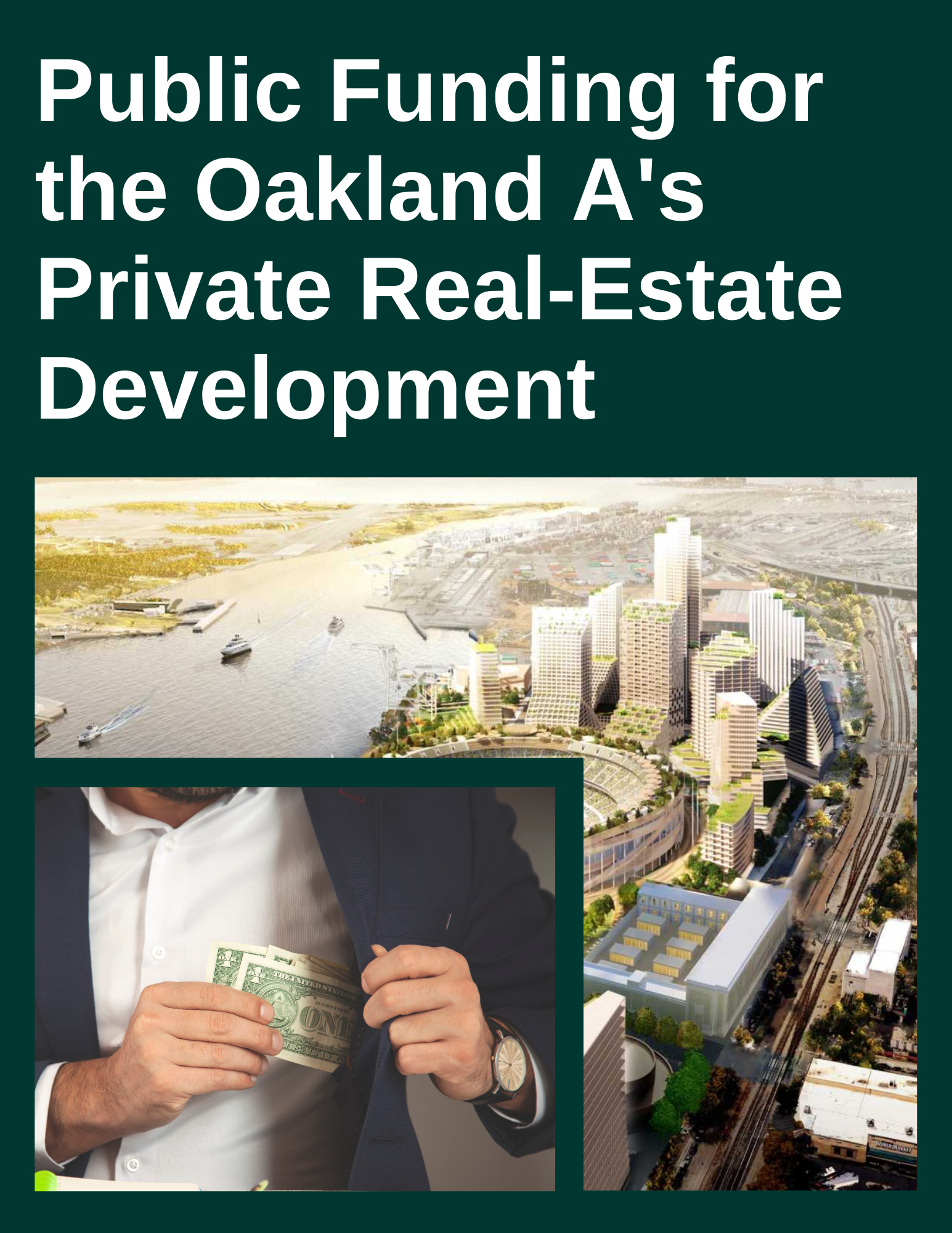 Debunking the Myths of A's "But For" Dollars

The billionaire owner of the Oakland A’s, with the support of City Hall, claims that he is entitled to get over a billion dollars in public funds for his proposed private ballpark and luxury real estate development at Howard Terminal because he claims those public funds are “but for” dollars that would not exist without this project and therefore could not be used for other more pressing City priorities. But, like much of what we have been told by the A’s front office, this is only half of the story.

What are we asking for?

In April, the Oakland City Council Rules Committee unanimously agreed to schedule Councilmember Noel Gallo's resolution to commission an independent cost-benefit analysis of the financial plan for the A's proposed Howard Terminal project for September 20th. Five months later, the City has yet to even hire an independent third-party to do the analysis.

We know that the A’s have walked away from negotiations with the community, and it seems that a deal on seaport compatibility measures, community benefits and affordable housing remains elusive. While the A’s are hoping to rush approval of their massive development before the November election, this is a self-imposed deadline and one which should not be used as an excuse to skip the council’s demand for an independent economic analysis.

The Oakland City Council must be held to their commitment to review an independent economic analysis and make it available to the public before a vote on the development agreement.