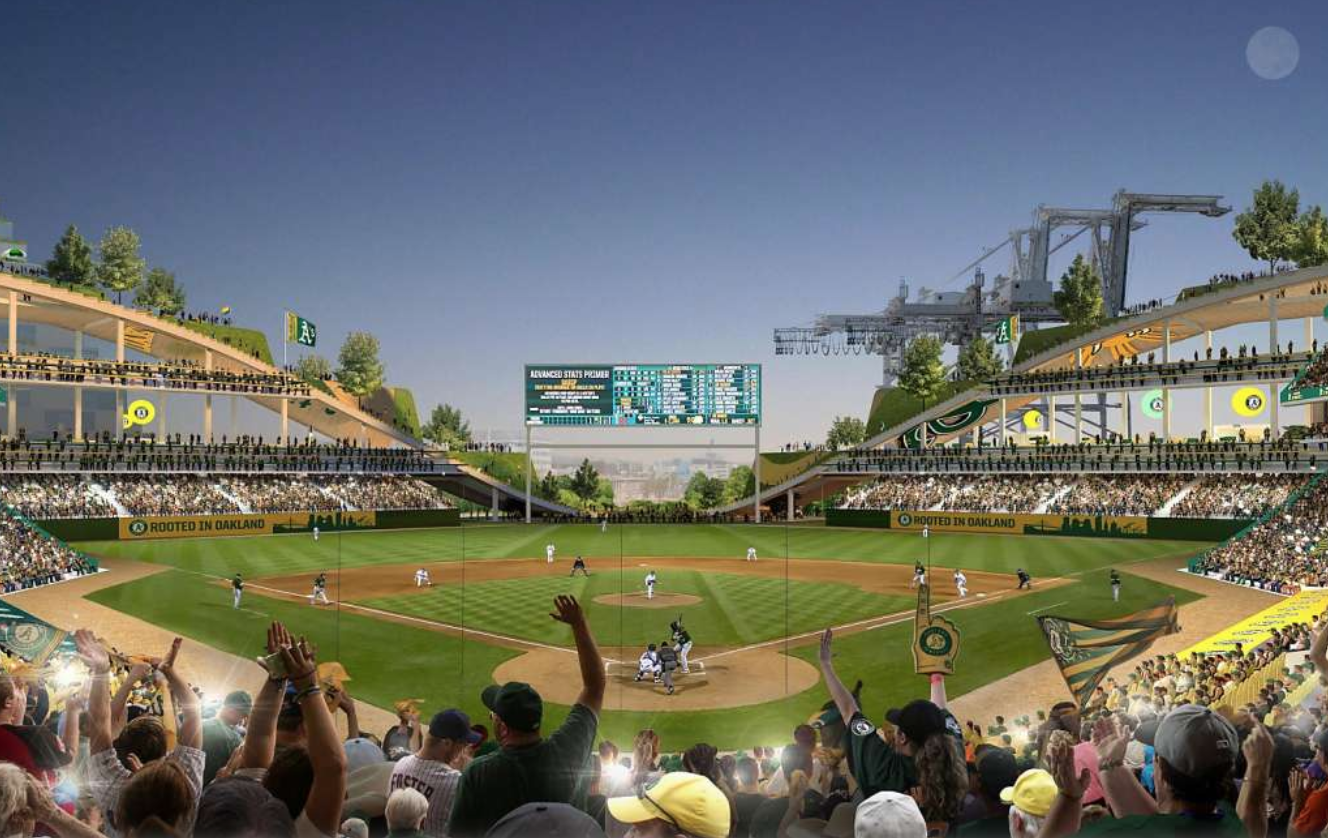 Momentum is growing for the proposed Oakland A's waterfront ballpark at Howard Terminal, but not everyone is sold on the project.

Member of the East Oakland Stadium Alliance rallied outside city hall opposing the new construction for the site in the Port of Oakland.

The coalition that disagrees with the move is comprised mostly of unions, port workers and residents who don't want to lose the ballpark in East Oakland or lose port space in West Oakland.

"We're very concerned over the direction that the Mayor and the port commission are leading the Port of Oakland, transforming what is a work environment, what is an assembly line of services into a playground," said port tenant Andy Garcia.