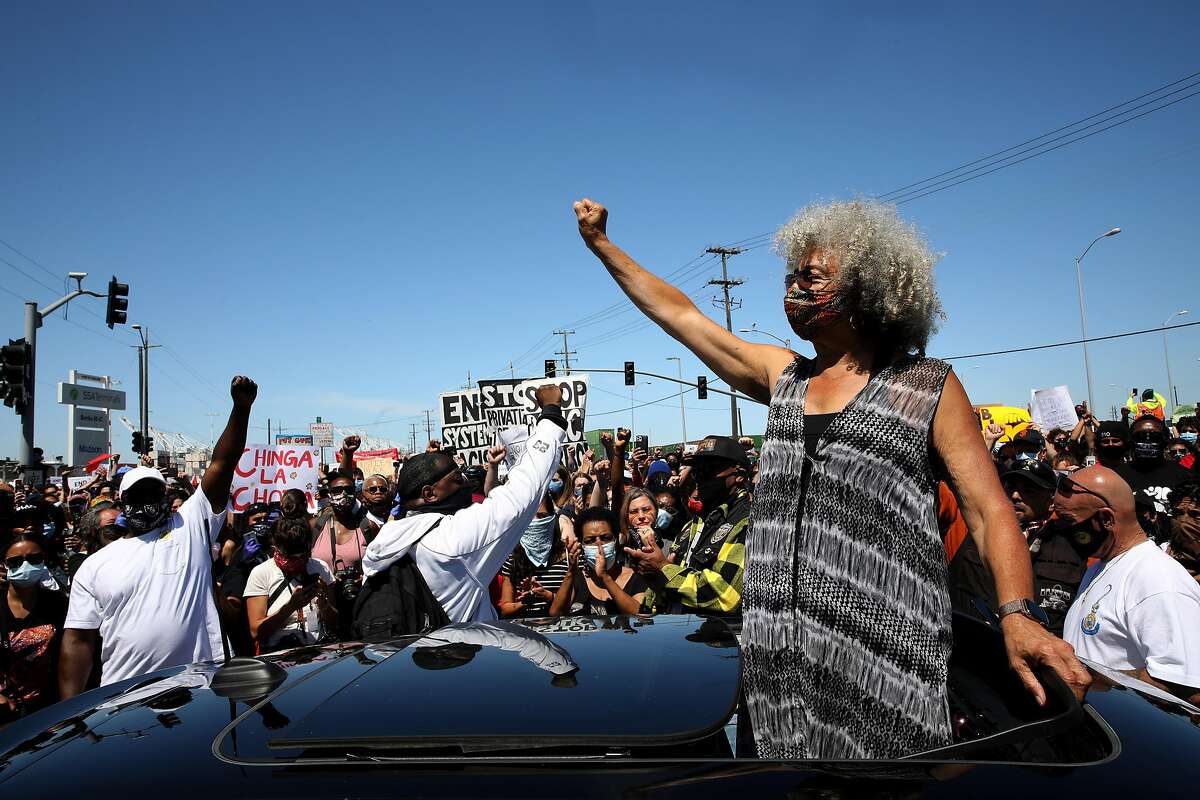 Economic activity at the Port of Oakland came to a halt on Friday as thousands of workers and supporters gathered on Middle Harbor Road to protest police brutality and racism in the United States.

The demonstration, organized by the International Longshore and Warehouse Union, coincided with demonstrations planned today at 28 other seaports in California, Oregon and Washington.

The day of action — expected to shut down the port for all of Friday — was held on Juneteenth (June 19), a day that commemorates the end of slavery in the U.S. With support of the ports, workers stopped processing cargo and rallied to mark the anniversary and call for police reform.

The Juneteenth stoppage follows mass protests on June 9 at all 29 West Coast ports which idled terminal operations for 8 minutes and 46 seconds — the amount of time a police officer in Minnesota knelt on George Floyd’s neck— an African American man — leaving him gasping for air before he died, on May 25.

Sparked by Floyd’s death, protests have continued for three weeks across the country, toppling Confederate statues amid a flurry of announcements from companies that are pledging to do better on diversity initiatives. The protests, which also include outrage over the police killings of Breonna Taylor, Rayshard Brooks and others, have spread beyond the United States and into other countries.