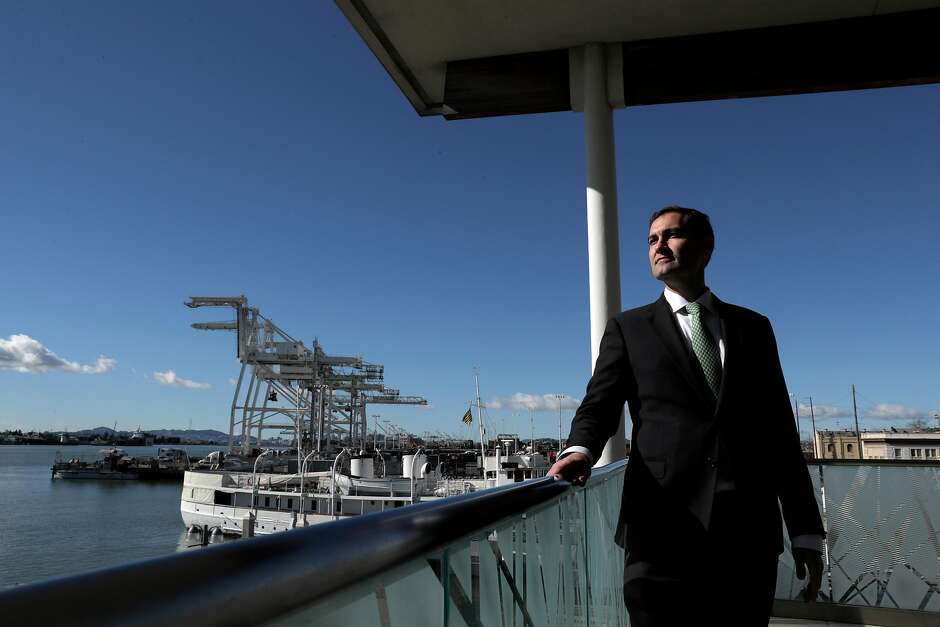 A protest that organizers expect will include “hundreds of cars” will converge Friday at the Coliseum an hour before the A’s Opening Night game against the Angels.

The East Oakland Stadium Alliance, which includes the Oakland East Bay Democratic Club, announced the protest in a press release Friday morning. The groups oppose the city of Oakland’s anticipated sale of its half of the Coliseum site to the A’s without the stipulation that the team build any new stadium at the Coliseum site, and the groups oppose the team’s proposed waterfront ballpark at Howard Terminal.

Advocates for keeping the Oakland A's in the eastern neighborhoods of their hometown will roll by the Oakland Coliseum in a caravan Friday evening before the A's home opener.

The caravan is expected to start at 6 p.m. at the Coliseum and make a four-mile loop before returning. Hundreds of cars are expected, according to advocates.

The game starts at 7:10 p.m. Pacific time against the Los Angeles Angels. 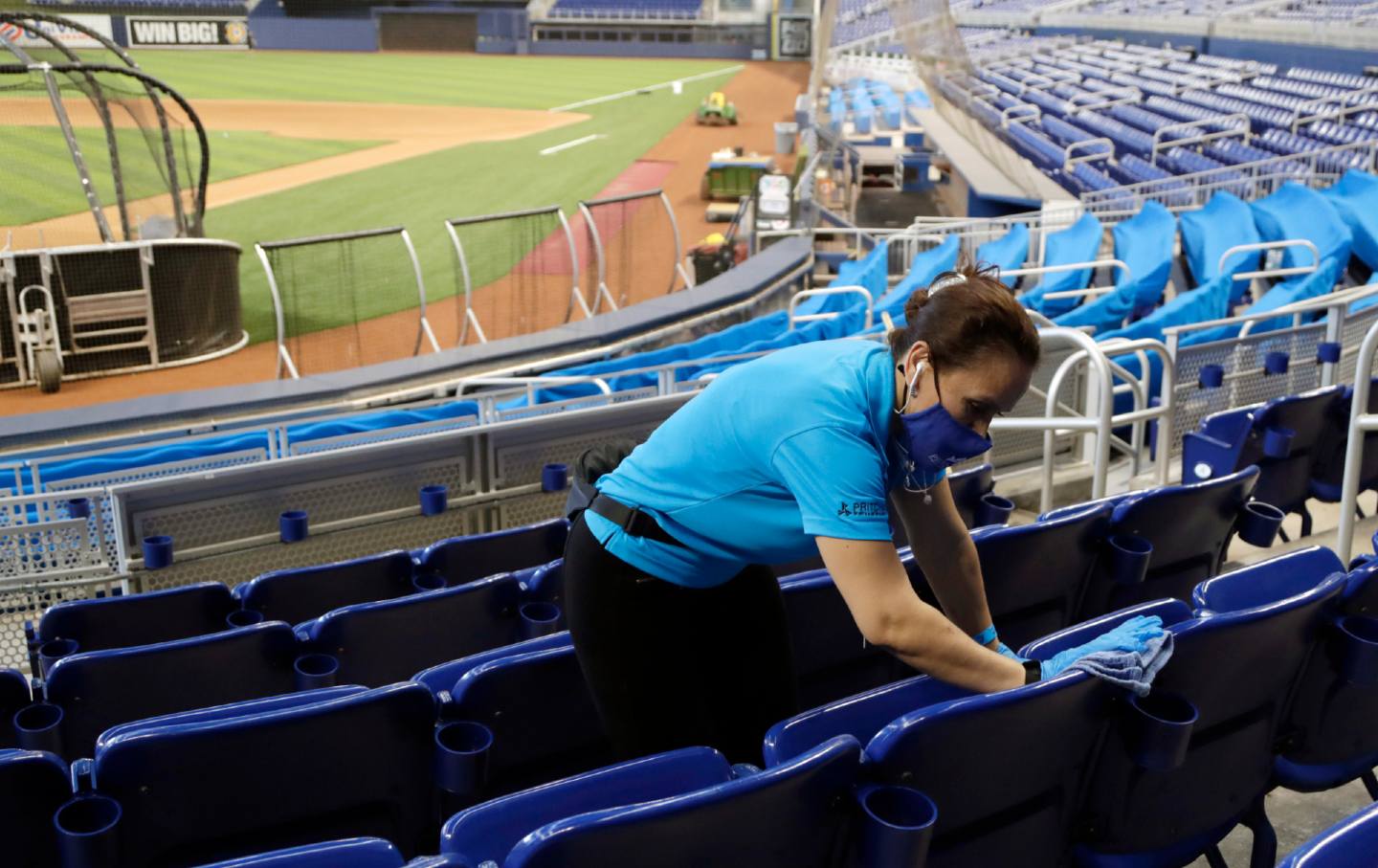 Major League Baseball has imposed a Covid-shortened 60 -game season on the ballplayers after months of haggling over salaries and health provisions. Meanwhile, Jackie Walker worries about her future.

“I’m appalled about how the Nationals have treated us,” Walker said, referring to Washington, D.C.’s World Series–winning team that she has worked for since 2011. Walker, a catering cook at Nationals Park, who is a diabetic and has heart problems, lost her health insurance in mid-March after Major League Baseball (MLB) delayed the start of the regular season as a result of the health pandemic.

She is one of the roughly 24,000 food service workers who sell beer, peanuts, and hot dogs and staff the luxury suites at the 30 MLB stadiums throughout the country.

ILWU and other unionists rallied on July 5, 2020 at the A’s Stadium in the Oakland Coliseum to protest the plans of billionaire A’s and GAP owner John Fisher.

He is trying to grab the Howard Terminal in the Port of Oakland for a new stadium, 3,000 one million dollar condo and hotel. It would destroy the viability of the maritime port according to ILWU members and maritime workers.

One of America’s richest men and an avid Trump supporter, billionaire John Fisher, wants to build 3,000 luxury housing units on the most valuable piece of public land in Oakland, the A’s stadium project, but his proposal has a lot more to do with real estate profits than it does with baseball.

Fisher wants to use the land for condominiums, hotel, and retail development along with a stadium for the A’s. There is much opposition among Oaklanders, and it centers on two problems.

The list of potential issues for the Oakland A’s Howard Terminal location is seemingly growing by the day, with The Sierra Club adding on.

It is no secret that the Oakland A’s want a new ballpark. The Colesium is antiquated, falling apart, and has a myriad of other issues. A new ballpark, meanwhile, would theoretically provide a revenue boost, and potentially allow the A’s to begin to lock in some of their younger cornerstone players.

The Sierra Club’s San Francisco Bay Chapter is recommending the Oakland Athletics build a new ballpark at the current Coliseum site, arguing that there are too many environmental issues associated with a Howard Terminal waterfront location.

With the Oakland Coliseum clearly not the long-term home of the Athletics, the team had been promoting a plan for a privately financed ballpark a the downtown waterfront Howard Terminal site, and a key economic component of that plan was generating future revenue from a redeveloped Coliseum site. But last month the Athletics said the Howard Terminal plan may end up being delayed or even scrapped, which could launch a new plan to build a new ballpark next to the Coliseum, tear down the Coliseum and then redevelop the area with mixed-use amenities.

For the moment, the Oakland A’s are holding to the timetable for their plan to be in a new stadium at Howard Terminal north of Oakland’s Jack London Square for the start of the 2023 season.

As time goes by, however, that date seems more mirage than reality. Privately, the A’s acknowledge the difficulty of meeting that timeline.

Henry Gardner, the interim executive director of the Coliseum Authority, which is the overlord of the A’s current home, the Coliseum, isn’t directly involved in the Howard Terminal project. But indirectly, it’s in his realm of operation, and he isn’t shying away from the realities.

More evidence that West Coast ports are investing in infrastructure surfaced with the announcement that three cranes able to load the world’s largest container ships will soon be headed to the Port of Oakland.

Shanghai-based manufacturer ZPMC said this week that construction of the ship-to-shore behemoths is nearing completion in China.

This news comes in the wake of a report that West Coast ports’ market share has declined 19.4 percent since 2006.

The ongoing COVID-19 pandemic has reared its head in every conceivable way. The Oakland A’s, and the rest of Major League Baseball, have seen the game placed in an indefinite hiatus. While the league and the Player’s Union are trying to get some semblance of a season together, the pandemic is refusing to go away.

The pandemic is also interfering with the A’s plans in other ways. They had hoped to build a new stadium at Howard Terminal, beginning play in 2023. However, legal setbacks, as well as traffic, legal, and political hurdles, remain in place. The A’s still say they are optimistic, but optimism can only go so far.