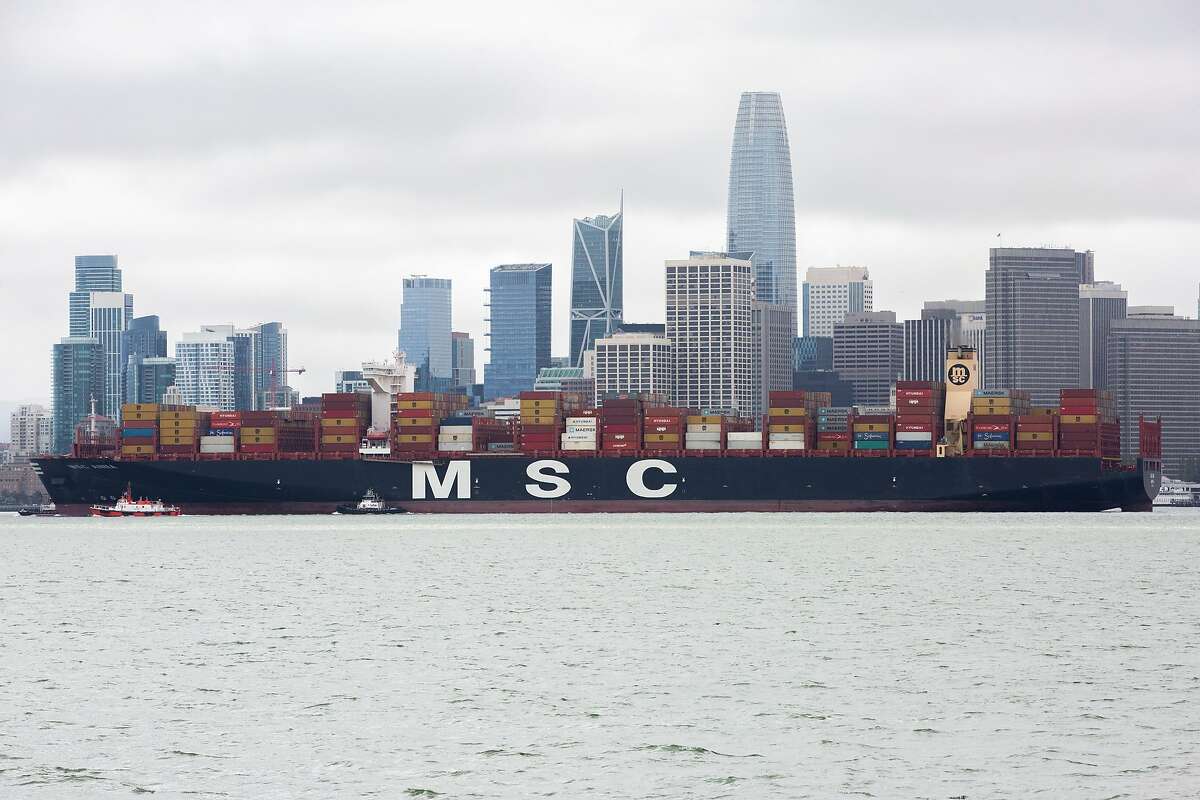 The MSC Anna, the largest container ship ever to visit the Port of Oakland, took a very scenic route through San Francisco Bay before making its arrival Thursday.

Coming from Shanghai via Long Beach and following in the wake of tens of thousands of ships over the years, the Anna went under the Golden Gate Bridge, then under the Bay Bridge, right, before reaching the port. It’s a hopeful sign for the region’s future, even as traffic through the port has fallen sharply due to the coronavirus. The pandemic is weakening international trade, with the Port of Oakland reporting a 7.4% drop in loaded containers in March, compared with the previous year.

Overall loaded container volume last month was 150,000 20-foot-equivalent units, which was the lowest number since February 2019, when the port handled 137,800 units, according to port spokesman Mike Zampa.

The Port of Oakland was hardly alone. Southern California ports also reported drops in March. Long Beach had a 6.4% decrease in March cargo volume compared with the previous year, and Los Angeles’ cargo plunged 30.9% over the same time period. The biggest problem cited by both ports, of course: the spread of the coronavirus.

The Port of Oakland supports more than 84,000 jobs in the Bay Area and is classified as an essential operation under shelter-in-place orders that have closed many other businesses. It said overall import and export volume, including empty containers, was down 11% compared with 2019. Imports were down 10.3% and exports were down 5%.