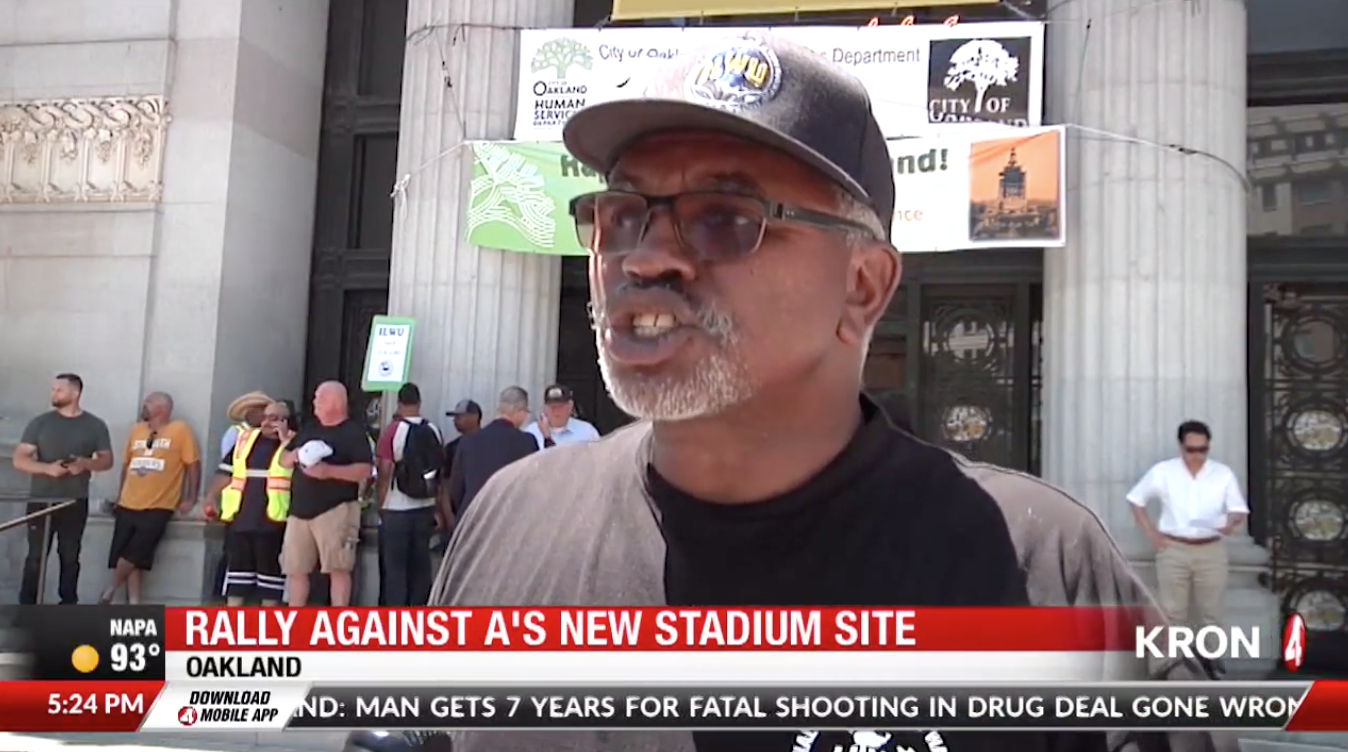 East Oakland Stadium Alliance was at the Oakland City Hall rallying against two pending bills in the state legislature that they say will fast-track approval and public financing for the Oakland A's new stadium proposal which includes mixed-use development at the Howard Terminal site.

"What they are proposing here today is to constrict the port of Oakland,” said Clarence Thomas with the International Longshore and Warehouse Union.

The Port of Oakland is the third-busiest port in the state.

The Longshoreman's Union wants to keep it that way, saying a ballpark doesn’t belong at the port.

"Ballparks, skyboxes, condominiums don't belong here. The first thing that people are going to say when they move in here, there is a nuisance here, the noise, the lights, the pollution, which puts pressure on other shippers and stevedoring companies to leave,” he said.