Gondolas, trains and automobiles: A look at Howard Terminal’s transit challenges | The Athletic 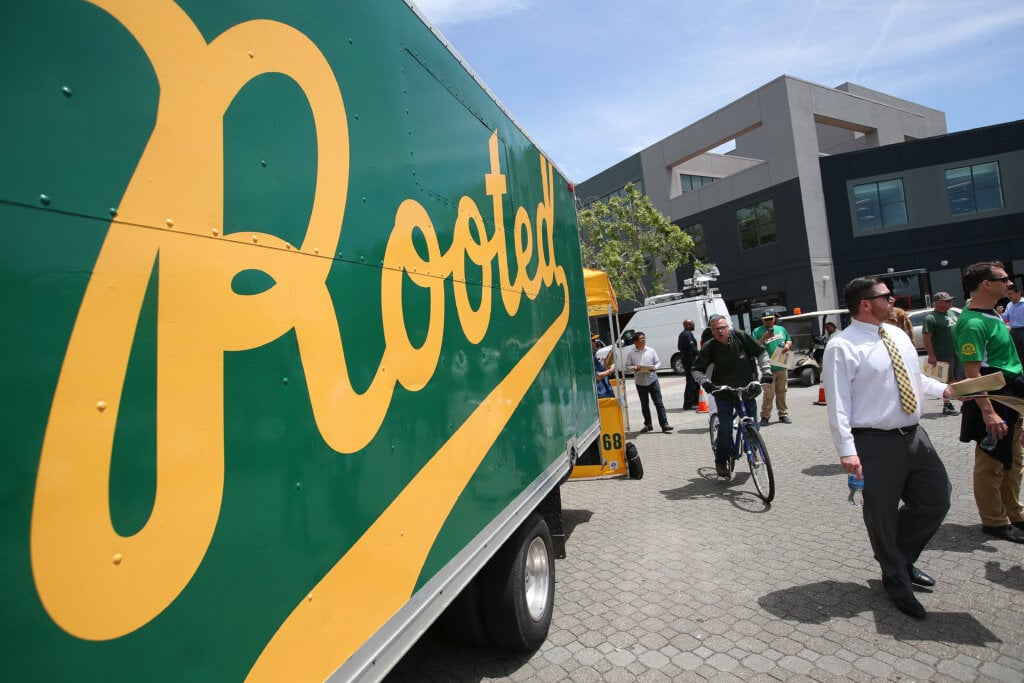 The city of Oakland released its draft environmental impact report for the A’s Howard Terminal project last Friday, a behemoth of a document that is upwards of a few thousand pages long. As we enter a 45-day public comment period, which will address potential weaknesses in the document before a city council vote, it’s worth taking a hard look at the transportation section.

As it stands now, there is no easy way to access this proposed ballpark. The closest BART station is 12th Street, which is a 0.8-mile walk away. There is far less parking available at the Howard Terminal site than the Coliseum site, and every access point to Howard Terminal crosses over Union Pacific Railroad tracks, which could be hazardous to fans. But if the A’s are anything, they’re creative, and some solutions have already been proposed (yes, we will get to the gondolas). With the help of Ethan Elkind, director of the Climate Program at UC Berkeley, let’s take a look at some of these transportation obstacles, and the feasibility of their proposed solutions.