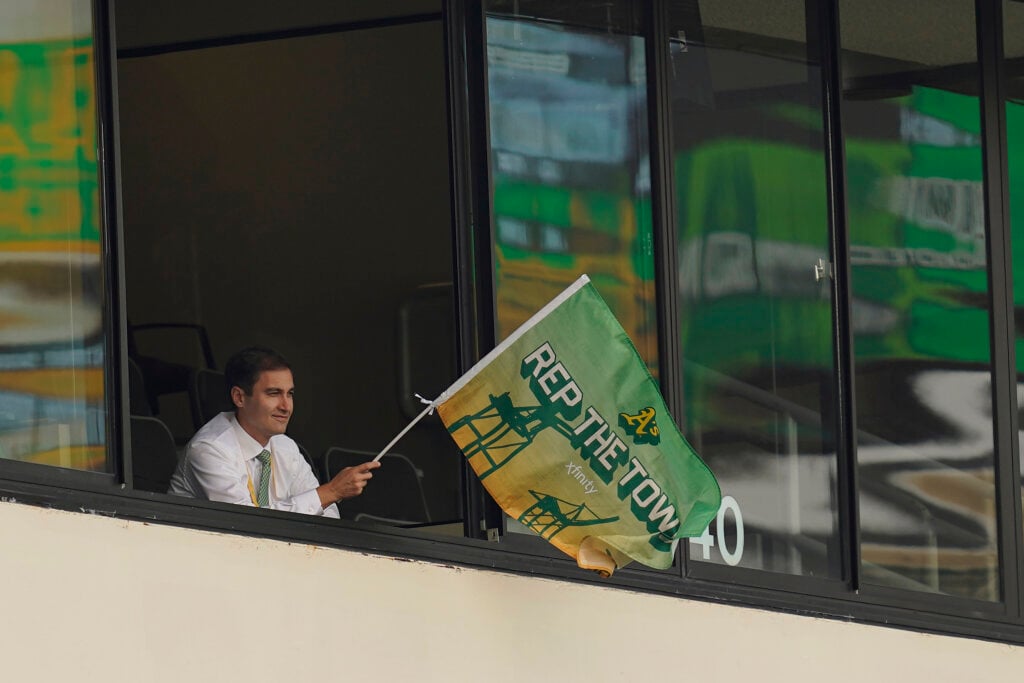 When the A’s hopes of building a stadium at Oakland’s Laney College fell through in 2017, the team quickly shifted gears and began planning a new ballpark at Howard Terminal.

In the time they’ve spent pitching the waterfront stadium to the city and fans, the team has promoted a rosy outlook on the project’s viability. And even though this ambitious undertaking — which also includes housing, office and retail space — presents an array of complications, the A’s seemed confident heading into 2020 that they would be able to move into their new home for the 2023 season.

Multiple delays have made that an impossibility, something A’s president Dave Kaval acknowledged in a phone interview this week.

“We don’t have a definitive timeline when we can open the stadium,” Kaval said Monday. “Because we’re not sure how these legal cases are going to be resolved, there’s appeals, we need to see if we’re going to have a vote (on the draft environmental impact report) this year. So, I mean, there is a lot of uncertainty over timeline. We had a timeline before where we really felt strongly we could open by 2023. Obviously that’s not going to happen. And when people ask me, ‘Hey what is the new timeline?’ All I can say is we don’t know right now.”